What is the cornea?

The cornea is the eye’s outermost layer. It is the clear, dome-shaped surface that covers the front of the eye. If your cornea becomes damaged through disease, infection, or injury, the resulting scars can interfere with vision by blocking or distorting light as it enters the eye.

What is the function of the cornea?

The cornea is the clear, protective outer layer of the eye. Along with the sclera (white of the eye), it serves as a barrier against dirt, germs, and other particles that can harm the eye’s delicate components. The cornea is also capable of filtering out some amounts of the sun’s ultraviolet light.

The cornea plays a key role in vision. As light enters the eye, it is refracted, or bent, by the outside shape of the cornea. The curvature of this outer layer helps determine how well your eye can focus on objects close-up and far away

There are three main layers of the cornea:

Stroma: The stroma is the largest layer of the cornea and is found behind the epithelium. It is made up mostly of water and proteins that give it an elastic but solid form.

Endothelium: The endothelium is a single layer of cells located between the stroma and the aqueous humor – the clear fluid found in the front and rear chambers of the eye. The endothelium works as a pump, expelling excess water as it is absorbed into the stroma. Without this specialized function, the stroma could become waterlogged, hazy and opaque in appearance, also reducing vision. Once damaged there are no medical treatments that can promote wound healing or regeneration of the corneal endothelium.

The term “corneal disease” refers to a variety of conditions that affect mainly the cornea. These include infections, degenerations, and many other disorders of the cornea that may arise mostly as a result of heredity.

What are the symptoms when something is wrong with the cornea?

With its ability for quick repair, the cornea usually heals after most injuries or disease. However, when there is a deep injury to the cornea, the healing process may be prolonged, possibly resulting in a variety of symptoms, including:

If you experience any of these symptoms around your cornea, seek care from your eye doctor. They may indicate a more serious problem or require special treatment.

What Conditions Can Damage the Cornea?

Organisms cannot generally invade an intact, healthy cornea. However, certain conditions can allow an infection to occur. For example, a scratch can leave the cornea open to infection. A very dry eye can also decrease the cornea’s protective mechanisms.

Minor corneal infections are commonly treated with anti-bacterial or anti-fungal eye drops. If the problem is more severe, a person may receive more intensive antibiotic treatment to eliminate the infection and may need to take steroid eye drops to reduce inflammation. Frequent visits to an eye care professional may be necessary for several months to eliminate the problem.

Shingles is a recurrence of the chickenpox virus in people who have already had the disease. After having chickenpox, this virus usually remains inactive within the nerves of the body. It can later travel down these nerves, infecting specific parts of the body, like the eye. Herpes zoster can cause blisters or lesions on the cornea, fever, and pain from nerve fibers. Corneal lesions usually heal by themselves, but antiviral treatment may reduce the inflammation.

Although shingles can occur in anyone exposed to the chickenpox virus, several studies have established two general risk factors for the disease:

Be aware that corneal complications may arise months after the shingles are gone. For this reason, it is important that patients schedule follow-up eye examinations.

Keratoconus is a progressive disease where the cornea thins and changes shape. Sometimes occurring as early as adolescence, this disease changes the curvature of the cornea, creating either mild or severe distortion, called astigmatism, and usually nearsightedness. Keratoconus may also cause swelling and scarring of the cornea and vision loss.

At first, people can correct their vision with eyeglasses. But as astigmatism worsens, they must rely on specially fitted contact lenses to reduce the distortion and provide better vision. Finding a comfortable contact lens can be an extremely frustrating and difficult process. However, it is crucial because a poorly fitting lens could further damage the cornea and make wearing a contact lens intolerable.

In most cases, the cornea will stabilize after a few years without ever causing severe vision problems. But in about 10 to 20 percent of people with keratoconus, the cornea will eventually become too scarred or will not tolerate a contact lens. If either of these problems occurs, a person will probably need to replace the diseased tissue. During this procedure, the damaged cornea is replaced with a donated cornea, called a corneal transplant. This operation is successful in about 9 out of 10 people with advanced keratoconus. Even after a transplant, you most likely will need glasses or contact lenses to see clearly.

Fuchs’ dystrophy is the gradual deterioration of endothelial cells. As these cells thin over time, the cornea is less capable of removing water from the stroma, causing it to swell and distort vision. Haze and small blisters on the corneal surface may also appear.

As a slowly progressing disease, signs of Fuchs’ dystrophy begin to appear in people 30 to 40 years of age, but it doesn’t normally affect vision until about 20 years later. It is more common in women than in men.

At first, a person with Fuch’s dystrophy will awaken with blurred vision that will gradually clear during the day. This occurs because the cornea is normally thicker in the morning, and it retains fluids during sleep that evaporate in the tear film while we are awake. But as the disease worsens, this swelling will remain constant and reduce vision throughout the day.

When treating the disease, doctors will try first to reduce the swelling with ointments or soft contact lenses. They may also instruct a person to use a hairdryer, held at arm’s length or directed across the face, to dry out the epithelial blisters. This can be done two or three times per day.

But when the disease makes even the simplest tasks hard to complete, a person may need to consider having a corneal transplant or a less invasive procedure called DSEK to restore sight. The short-term success rate of corneal transplantation is quite good for people with Fuch’s dystrophy.

Ocular Herpes (Herpes of the Eye)

This is a viral infection of the eye that may reoccur. The main cause of ocular herpes is the herpes simplex virus I (HSV I), the same virus that causes cold sores, but it can also result from the sexually transmitted herpes simplex II virus (HSV II) that causes genital herpes.

Ocular herpes produces sores on the surface of the cornea and, in time, the inflammation can spread deeper into the cornea and eye. Like other herpetic infections, herpes of the eye remains a controllable, but incurable, problem.

Corneal dystrophies affect vision in widely differing ways. Some cause severe visual impairment, while a few cause no vision problems and are discovered during a routine eye examination. Other dystrophies may cause repeated episodes of pain without leading to permanent loss of vision.

Some of the most common corneal dystrophies include keratoconus, map-dot-fingerprint dystrophy, Fuchs’ dystrophy.

Map-dot-fingerprint dystrophy is the abnormal appearance of the basement membrane of the epithelium of the cornea. As this membrane that separates the epithelium and stroma grows irregularly (thicker in some places, thinner in others), findings in the cornea appear, resembling maps, dots, and small fingerprints.

The condition, which tends to occur in both eyes, usually affects adults between the ages of 40 and 70. It is also occasionally inherited–in which case it arises at about age 6. Most people will never know that they have this corneal dystrophy since they will never have any pain and vision loss. But for others, the disease will cause recurrent epithelial erosions–possibly from poor epithelial adhesion to the membrane.

These erosions can be a chronic problem. They alter the cornea’s normal curvature, causing periodic blurred vision. They may also expose the nerve endings that line the tissue, causing moderate to severe pain for several days. Generally, the pain will be worse in the morning. Other symptoms include sensitivity to light, excessive tearing, and foreign body sensation in the eye.

Typically, the problem will flare up occasionally for a few years in adults and then go away on its own, with no lasting loss of vision.

However, if treatment is needed, the doctor will try to control the pain associated with corneal erosion. He or she may do this by patching the eye to immobilize it or by prescribing lubricating eye drops and ointments. With effective care, the pain will subside in about 10 days, although periodic flashes of pain may occur for several weeks thereafter.

How Is Corneal Disease Diagnosed?

Corneal disease can only be diagnosed after a thorough examination by an ophthalmologist.

Can Corneal Disease Be Prevented?

Infectious corneal disease caused by bacteria and viruses can be prevented by protecting the eye from injury and limiting physical contact with people who have contagious forms of conjunctivitis. Avoid sharing eye makeup, contact solution, lens cases, and eye drops with people who are infected and wash your hands thoroughly with soap and warm water for at least 15 seconds after contact with an infected person. Although corneal disease resulting from hereditary factors, like dystrophies, cannot be prevented, vision can be preserved by early detection and treatment. 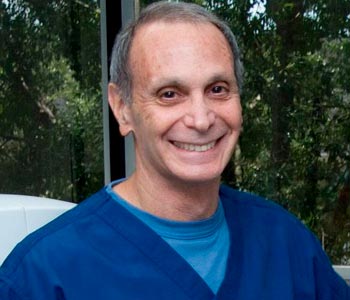